The awards party has begun. You will lose?

Disco Bingo will make you travel until the 80's.

Enjoy the rhythm of the music, authentic classics that will make you move the skeleton during the game.
For fun 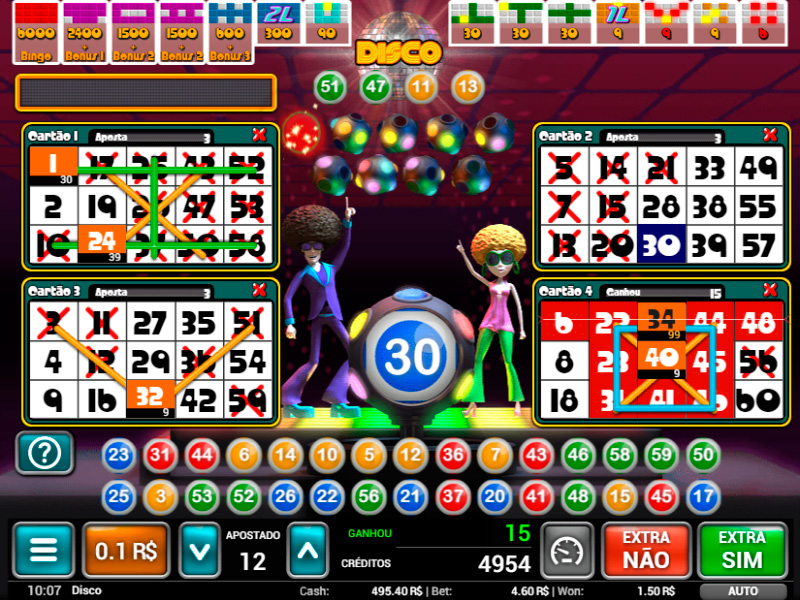 How to play Disco Love80s

1.You decide how many cards you want to play in the next game.

2.You can close the boxes you want with the "X", but there should always be at least 1 open cardboard.

3.To start the game, it is an indispensable condition to have sufficient credits to cover the selected bet and press PLAY.

4.Each card shows the amount wagered for having this card open, but the moment a prize is obtained, the indicator changes and the prize amount we receive with this card is shown.

5.As soon as a prize containing another prize is awarded, the last prize is discarded and only the first prize is won.

6.At the end of the game, the machine will indicate to the player the amount received, the final prize won.

7. At the beginning of each game the PLAY button becomes STOP, this allows the player to stop the falling balls and to observe the current situation of the game with ease.

8. Once the fall is stopped, the button says CONTINUE that if pressed by the player, the balls are resumed.

9.The player can change the card numbers by pressing them. This will cause the cardboard to show different randomly selected numbers.

10.The player has a mechanism for starting the game automatically called AUTO, whose purpose is only to start a game while the previous one is over.